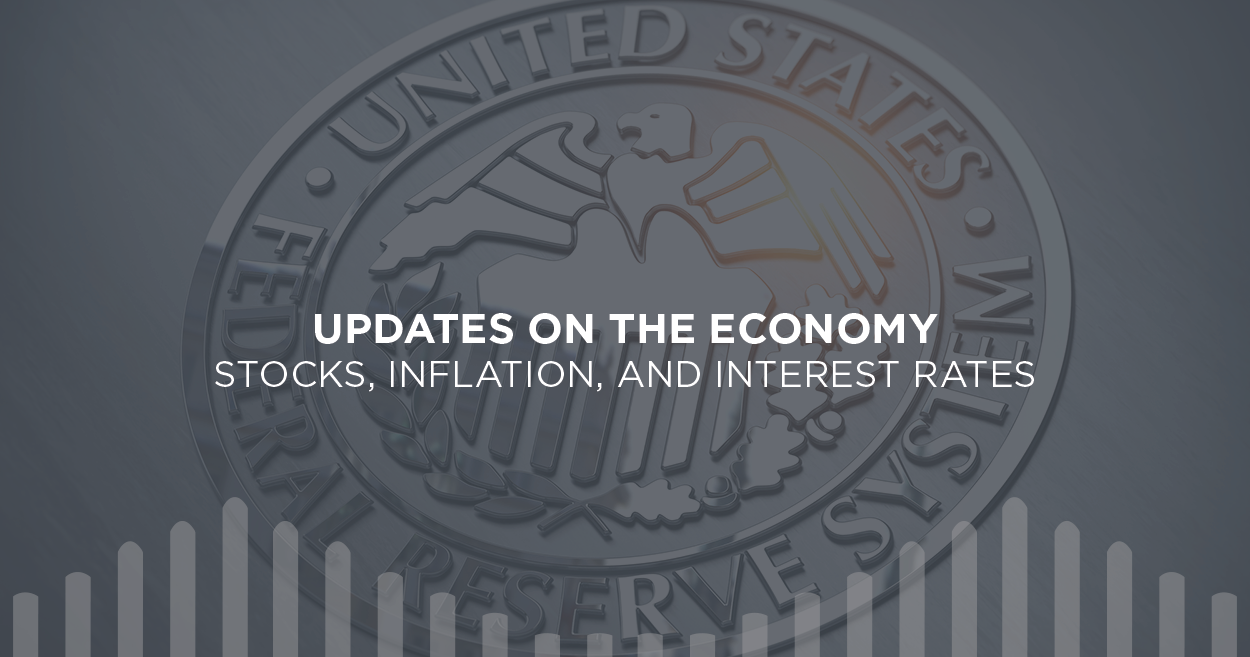 The stock market, as measured by the S&P 500, is currently down for its 8th week in a row, falling close to 20% year-to-date. The main reason for the decline is that investors are nervous about whether the economy is heading into a recession. Specifically, they are worried that the Federal Reserve, in its fight against widespread inflation (caused by a myriad of factors), will accidentally trigger a large economic contraction. There are times when this has happened (e.g., 1980) and times when it has not (e.g., 1994). While the newsreel would lead anyone to believe a recession is starting tomorrow, we rely on hard economic data, which is suggesting these recession calls are either incorrect or premature.

Here are some key economic warning signs of an impending recession and whether the sign is currently apparent: 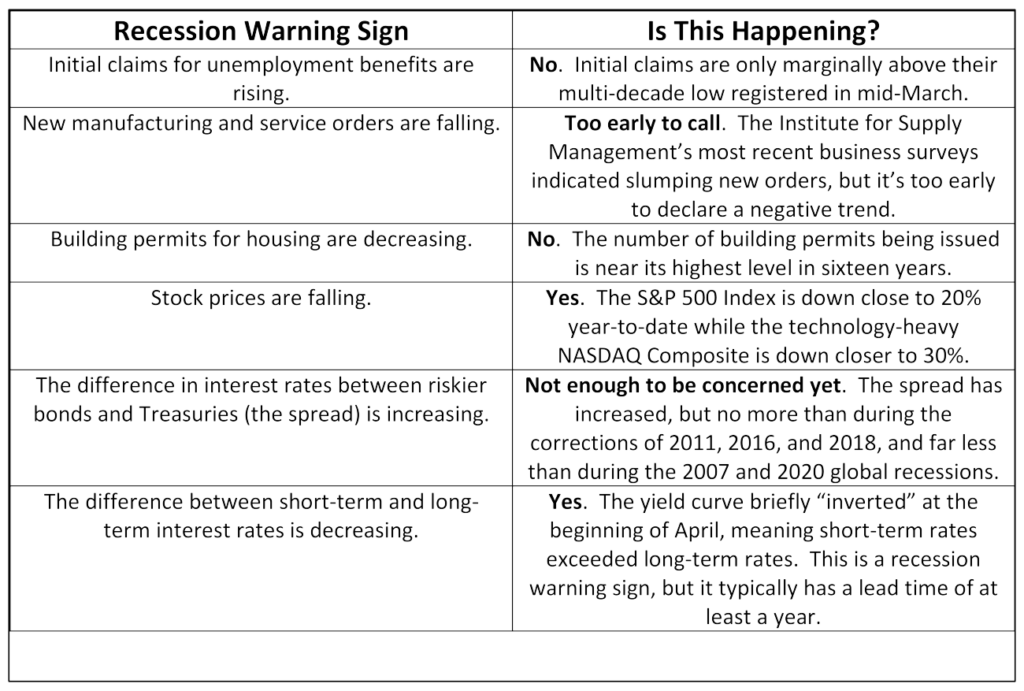 The weight of evidence does not support an imminent recession. Rather, it appears thus far the Federal Reserve is successfully slowing down the economy slightly without driving it into a period of sustained economic contraction.

The inflation rate reached a forty-year high in March, indicating an 8.6% increase in the Consumer Price Index over the prior twelve months. We believe that this peak will not be exceeded and that inflation could retreat faster than widely expected.

Only a few months into the Federal Reserve raising interest rates, a general slacking in demand is becoming evident. For example, both Target and Walmart recently reported rising inventories of non-essential goods and noted increasing difficulty of passing price increases onto consumers. Existing home sales have also fallen since January as higher mortgage rates priced out many potential homebuyers. Finally, some big-tech companies (like Amazon) are starting to report excess capacity, suggesting that they may be able to adequately meet consumer demand even with gummed up supply chains.

This demand shrinkage is exactly what the Federal Reserve is trying to accomplish to tame inflation. We would argue their policies are working and likely faster than most expected. Therefore, we expect year-over-year “core inflation” (excludes food and energy) to fall to below 3.50% (its most recent peak was 6.43%) by the end of this year. A risk to this outlook would be a further escalation of the Russia/Ukraine conflict, which could cause further energy shortages and diminish the Fed’s efforts to bring inflation down.

Piggybacking on the comments above, investors are currently expecting at least five more 0.50% increases in the federal funds rate through year-end. Lower inflation over the near term would reduce the need to continue hiking interest rates. Therefore, we believe only two interest rate hikes will occur before the Federal Reserve reassesses and pauses its rate hiking.

On the Stock Market

Even so, the current market decline has been frustrating. But such corrections are very normal, and investing through volatile periods is the tradeoff for stocks historically returning multiples over more conservative investments. This Twitter post from January sums it up nicely: 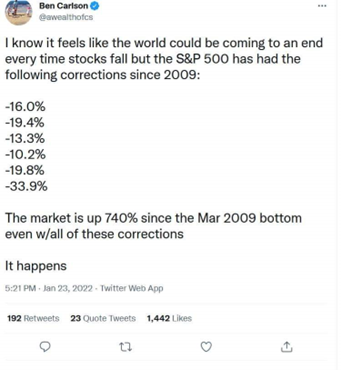 Of course, only one of these declines occurred concurrently with a recession (the 33.9% decline in winter 2020) and speaks to an important point: the worst market declines tend to be associated with recessions. Since the data doesn’t indicate we are at the precipice of a recession, we expect the current market decline to be closer to its end rather than its beginning. In fact, we’ve begun buying stocks in some of our strategies. Even so, we are vigilantly monitoring the data and will adjust our outlook and portfolio allocations if data starts to indicate something larger and more tumultuous on the horizon.

We’re always working diligently to create the best financial outcomes for our clients. If you’re ever feeling anxious about markets, the economy, or anything else financial, please don’t hesitate to give us a call at at (412) 465-1490.