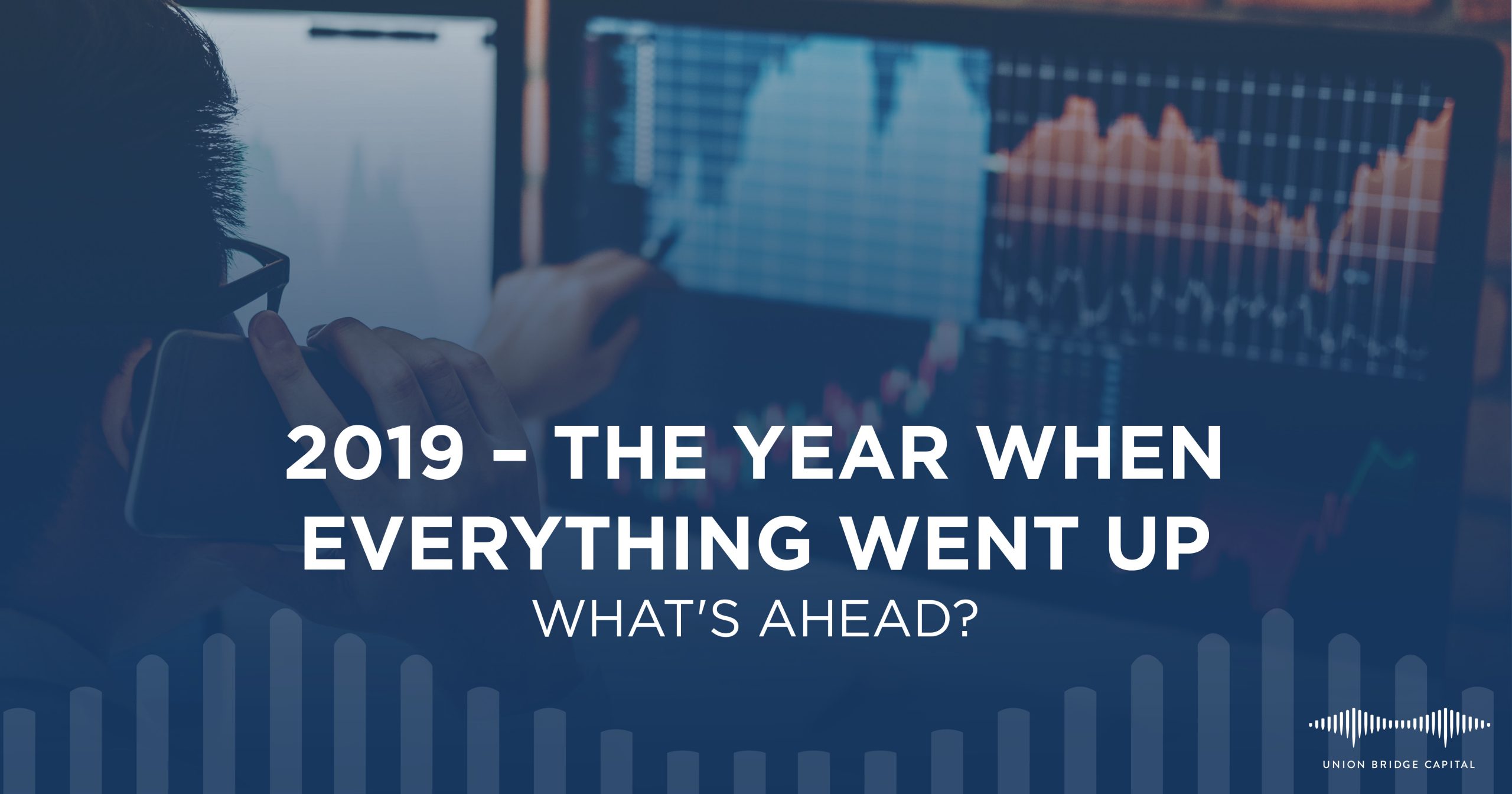 Blindfold yourself, grab a dart, and throw it at the Wall Street Journal. Whatever stock, bond, commodity, or fund you hit probably increased in 2020. Coming off a nearly 20% stock market drawdown at the end of 2018, 2019 was a year to make money. 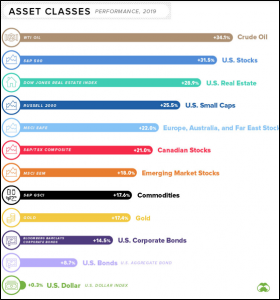 Too Far, Too Fast?

Big gains in the market lead investors to the conclusion that “if stocks climbed so much last year, then this year should be bad.” It seems to align with common sense, but market history suggests this line of thinking is incorrect. In fact, our research shows that the average return for the S&P 500 following a year with a gain of over 25% (“big up years”) is nearly identical to the average annual return for the S&P 500 over the last 100 years. Similarly, in the year after a big up year, the S&P finished higher 71% of the time – not much different from the percentage for all other years. 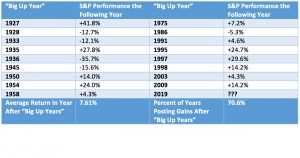 This line of thinking is counterintuitive, but history has indicated that a strong year in the stock market is not a predictor of poor performance in the following year. We attribute this to a behavioral concept called “herding.” When investors see other people making lots of money in the stock market, they develop a fear of missing out on further gains. So, they dogpile into stocks, pushing prices up even further. Various statistics on market sentiment confirm that investors are dogpiling into stocks right now. With this in mind, we expect strong performances from stocks over at least the near term.

Longer term, however, we are less enthusiastic and expect investment returns over the next ten years to be relatively low and in stark contrast to the persistently high returns we have observed over the past decade. More details below.

Explaining and Simplifying Our Longer-Term Forecasts – The Bond Riddle 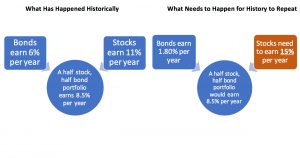 Here is what we believe returns will look like over the next ten years. 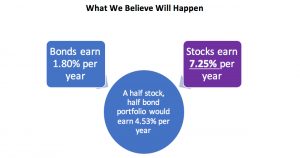 The answer has a lot to do with valuations. Starting from a trough in 2009, this is the longest economic expansion in modern history. Since then, stocks have gradually become relatively expensive through a variety of measures. One of these measures is called the price-to-earnings ratio. This ratio explains how much an investor is willing to pay for one dollar of earnings from stocks. It’s well above its historical average for stocks, which usually means that the prospects for further stock appreciation are diminishing.

Ironically, because of valuations, sometimes the fastest way for expected returns to increase is for the market to fall! Here’s an example. At the beginning of 2018, our forecasted average annual return for a diversified stock portfolio was only about 7% from 2018 to 2028. In 2019, just after the market fell nearly 20%, the expected return jumped to 12%. Now, in 2020, with the market back up and making all-time highs, our expected return is back down. In other words, all this complicated forecasting we are doing is simply encapsulating the idea of “buy low, sell high.”

So Are We Due For a Recession?

Potentially, but most of the typical warning signs of a recession have not presented themselves, so we believe the burden of proof is still on the pessimists. Here are a couple of things we will be watching throughout 2020:

As mentioned before, we believe the market will be strong for at least the first half of 2020. Uncertainty regarding economic and political developments makes forecasting the second half of this year a much more difficult exercise. Regardless of what may be in store for the market, our disciplined investment process will be following the data day by day and will alert us to make portfolio adjustments should the risk of any major economic malaise materially increase.

We look forward to serving you and your financial needs for another year.